Zuzanne is a writer, poet and translator who now lives … 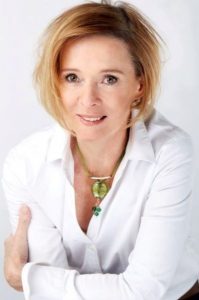 Zuzanne is a writer, poet and translator who now lives in the heart of Europe, after being lucky enough to spend her first thirty years absorbing the beauty and contrasting textures of Africa.

After she quit the rat race, she spent fifteen years as a translator before discovering the world of writing.  This discovery, and the encouragement from her family and friends, led to her decision to delve even deeper into writing. She then grew a long grey beard and became a hermit, studying the craft and immersing herself into this world that is magic.

About the time when her beard reached ankle-length, she realised she was on the right path when three of her stories were published in Canadian literary magazines.

LAYERS is the result of this passion. And it is only the beginning …

If you would like to get access to various offers as well as information about the author and her writing, please join her mailing list by signing up here. You will also get a free short story – The Unadorned – to warm the heart as autumn sets in on the northern hemisphere, and spring down under.  On signup, you will then also be given access to the member-only Zuu Zone – full of fun features and all sorts of behind-the-scenes information.

The Unadorned is a modern story of ancient good. Set in modern India, this is a tale of a chance meeting between a poor boy and an old Brahmin succumbing to senility. How can an old man on the verge of passing help a boy on the cusp of hopelessness? If you enjoy stories of good and of hope, this story will warm your heart.